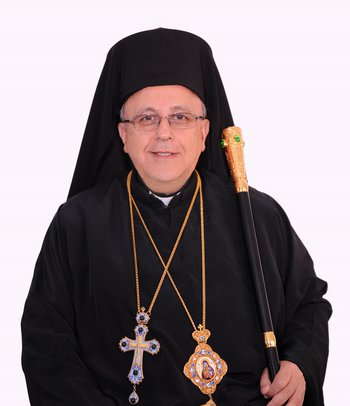 Issam John Darwich is an archbishop of Melkite Greek Orthodox Church in Libanon. As a priest, he has been dedicated to pastoral education of youth on a long-term basis and has been elected a Libanon representative to numerous international education organisations (IBC and ICAE – International Committee for Adult Education in France.) He was awarded a golden medal for his service to schooling and education by the Lebanese president in 1989. In 1996 he was ordained a bishop for Melkite diocese in Sydney, Australia and later in 2010 has been assigned to the Zahle and Forzol archeparchy in Libanon.