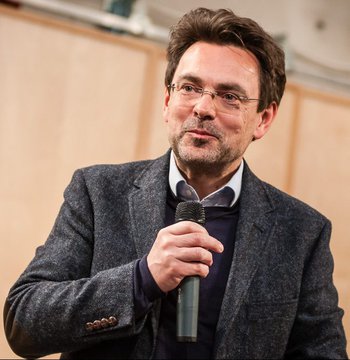 Dariusz Karłowicz is a Polish philosopher, university lecturer, columnist, and a book publisher. The president of the St. Nicolas Foundation, NGO involved in charitable, educational, and scientific activity. An Editor-in-chief of the Polish philosophical magazine "Political Theology" ("Teologia Polityczna") that analyzes the connections and relationships between philosophy, religion, and politics. Lecturer in political philosophy at the War Studies University in Warsaw. Co-author of a weekly television program "Trzeci Punkt Widzenia" on the channel TVP Kultura (on the public television). A regular columnist in the weekly Sieci (one of the largest weekly magazines in Poland). The author of books and articles. Following books were translated to English: The Archparadox of Death, Martyrdom as a philosophical category and Socrates and Other Saints.