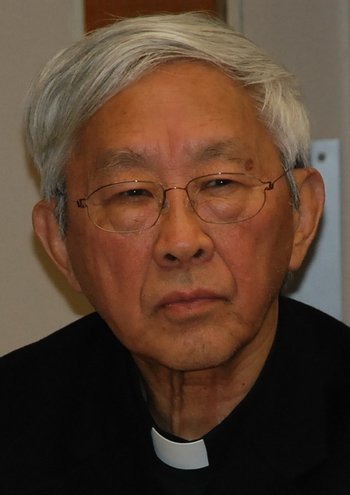 Cardinal Joseph Zen Ze-kiun is a Bishop emeritus of Hong Kong. He was ordained a priest in 1961 for the Society of Don Bosco, the Salesian Order. Cardinal Zen Ze-kiun served as a Salesian Provincial Superior for China for six years, and from 1989-96 he taught philosophy and sacramental theology in various Chinese seminaries. He was made a cardinal in 2006. He served as a bishop from 2002 until his resignation in 2009. He focuses on issues regarding human rights, political freedom, and religious liberty.