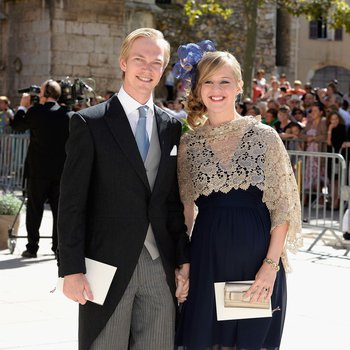 Archduke Imre was born in 1985 as the son of Carl Christian von Habsburg-Lothringen and Princess Marie-Astrid of Luxembourg. He currently lives in Geneva with his wife and four daughters. He works as a financial consultant, specialising in the promotion of ethically responsible investing in the light of the principles of Catholic moral teaching. He also serves as a Vice-President of Accueil Louis et Zélie, an organisation dedicated to guiding people and families in difficult life situations, in line with the legacy of St. Louis and St. Zélie Martin, parents of St. Thérèse of Lisieux. Archduke Imre is also a promoter of the legacy of his great-grandfather, Blessed Emperor Charles, about whom he has lectured in various countries. It is through his great-grandfather Charles that he is linked to the history of the Habsburgs and other families that have ruled Central Europe since the earliest times. Among other things, he is (in the 35th generation) a direct descendant of St. Ludmilla and her husband, the Bohemian prince Bořivoj, who was baptized in 882 in Great Moravia by St. Methodius.

MY GRAND GRANDFATHER, THE EMPEROR